My Love of BookBub and My Book Cave, Plus Two Great Book Descriptions Ending with a Zinger

I love BookBub and My Book Cave from a purely maniacal reader standpoint as well as the always-searching-for-a-good-read, studying-her-craft author. Besides, what better research can an author do than read?

Now from my authorial vantage point, I collect manifold examples of the best (IMHO) I can find in the context of writing on every level: first lines, loglines, online descriptions, character names, places of interest, relationship articles, magazine models who seem to have a story to tell, fantastic quotes as themes, wonderfully emotive quotes as writing prompts, great cover art, yada, yada, yada.

So, in recent My Book Cave offerings, I found two brilliant book descriptions that ended with a zinger. Now I've seen great ones in BookBub's newsletters too and elsewhere, and this "zinger" version isn't the only type I adore. However, these two came almost back-to-back, if memory serves. And I just have to share them with you. If you click on their links fast enough, they both may still be free. I love both covers too. 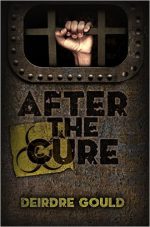 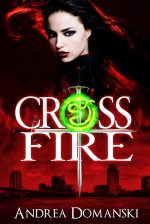 What lies behind you and what lies in front of you pales in comparison to what lies inside of you. Ralph Waldo Emerson
When you give someone a book, you don’t give him just paper, ink, and glue.  You give him the possibility of a whole new life. Christopher Morley
The best inheritance you can leave your kids is an example of how to live a full and meaningful life. Dan Zadra
Posted by I am LIVING THE DREAM at 12:49 PM No comments:

For those authors more in the beginning stages of creating their books, I understand what you're going through. I've been a hybrid planner for many years, part seat-of-my-pants and part plotter (knowing two things: as many as seven main plot points and up to sixty possible scenes). That's worked for me the three times I completed NaNoWriMo. But that resulted in three stand-alone novels in draft form, not Books 1 through 3 of the same series.

A series is a different animal. It takes forethought, much more so than for a single novel. To write a series, I needed a setup and a cast that I would enjoy working within and with for years. Also the wherewithal to add new characters. I needed an overarcing storyline that ran through each of the books (like murder mysteries solve the murder in each book, except I'm not writing murder mysteries), yet each book within the series was a self-contained unit. It's a major undertaking. You don't want to end up in the middle of Book 2 with no way out for your characters and no plausible plotline while staying true to the setup given in Book 1. Contemplating a viable series was daunting.

So I've written books to help me in plotting a single book, which I would apply to preparing my series, projecting even three books into the future. My latest publication was the BUILD-A-BOOK Storytelling Checklist which contains 110 items to make note of when plotting a book. I took gems amassed from myriad books on plotting, then took the best of the best and arranged them chronologically. My other releases that help me in plotting are my four volumes of quotations. To me, they represent writing prompts. When I'm stuck in the plotting process, one of the things that can help me the fastest is to read a few pages of quotes. Invariably I'll hit upon a theme, about which I can talk/write forever (spanning three or more books even, I hope), or I'll find a few quotes that evoke a rush of emotions. Then I play around with those themes and emotions, brainstorming and/or mindmapping to see where it leads me.

Invariably I have to let it simmer on the back burner of my mind. Then, in the shower, unloading the dishwasher, mowing the lawn or whatever mundane chore I'm doing, I'll have a moment of inspiration where it all falls together. It's wonderful when that happens.

At this magical moment, I have to immediately write everything down. Usually as a letter to myself, stream of consciousness fashion, just getting it on paper or into my laptop before I forget a thing. Afterward, I work through the Snowflake software, from a logline to a fully fleshed-out plot and scenes list.

Anyway, that's my process. And I've started Book One of my proposed series in my daily hour or two of downtime, with future books in this series becoming more and more apparent. I'm proof positive that the muse visits those while writing (not just waiting).

Hope this helps someone else get over the plotting hump. Take whatever resonates and toss the rest. Happy plotting!

Denise Barker
Author, Blogger, Freelance Copy Editor
LivingTheDreamPublishing@gmail.com
Posted by I am LIVING THE DREAM at 2:30 PM No comments:

For July and August 2016 only, I'm offering big-picture editing (developmental editing aka DE) for $500 per MS of less than or equal to 75K WC (per Microsoft Word's tally).
In September 2016, my price returns to $1,000 for 75K WC MS (pro rata for MSs above 75K WC). All fees are to be prepaid in full via PayPal. I'll share my PayPal info as needed.
This differs from the jot and tittle detailed work that I do as a copy editor (grammar and spelling police stuff). For DE, I look to see that your main characters are believable, empathetic, so your reader can identify with said characters. I check your plot for holes. I watch for too much or not enough dialogue (which is considered action), narration, introspection, other action or too much of one character and not enough of another (say, one who dies at the end but nobody cares because we didn't connect with him throughout the novel). Overall I see if your narrator is credible and if your storyline is believable (not a melodramatic tale that won't keep your reader involved). If you are interested, send me your first five pages of your MS to LivingTheDreamPublishing@gmail.com, as I reserve the right to refuse some MSs due to certain subject matters (like spousal/child abuse, etc.) and to confirm my availability. Thanks for considering me.
Hope everybody in the States had a safe and fun Fourth.

Posted by I am LIVING THE DREAM at 8:59 AM No comments: